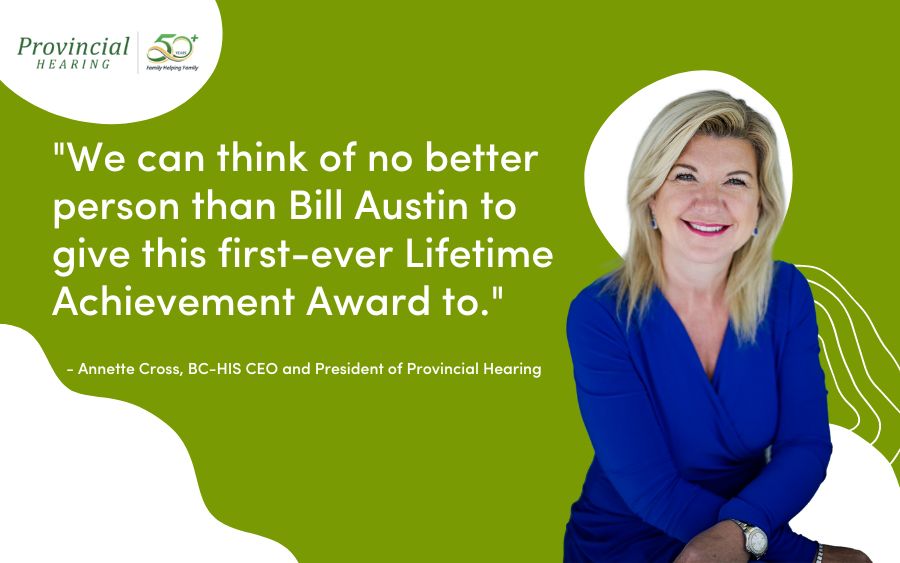 We recently celebrated the 70th International Hearing Society’s Convention in San Antonio, Texas, and it was a tremendous event from start to finish, with members from all over the world attending to learn more from each other and develop lifelong relationships.

The award ceremony was particularly meaningful for Provincial Hearing. As president of the International Hearing Society (HIS), it was an incredible experience for our founder, Annette Cross, to present Bill Austin, the owner and chairman of Starkey, with a HIS Lifetime Achievement Award for his contribution to hearing health since the ’60s.

Bill started making earpieces in 1961 as a way to fund his medical school training, but it was when he successfully created a hearing aid for a man whom others had given up on, that he switched career paths to become a hearing aid manufacturer.

Starkey is now the only American-owned and operated hearing aid manufacturer in the world, and the Starkey Hearing Foundation’s hearing mission teams have helped treat people’s hearing loss in more than 100 countries. We can think of no better person than Bill Austin to give this first-ever Lifetime Achievement Award to.

Annette has donated her time and expertise on nine of these missions, including Turkey, Egypt, El Salvador, Panama, Jamaica, Kenya, and China. Seeing someone hear better after years of hearing difficulties will never get old for Annette. 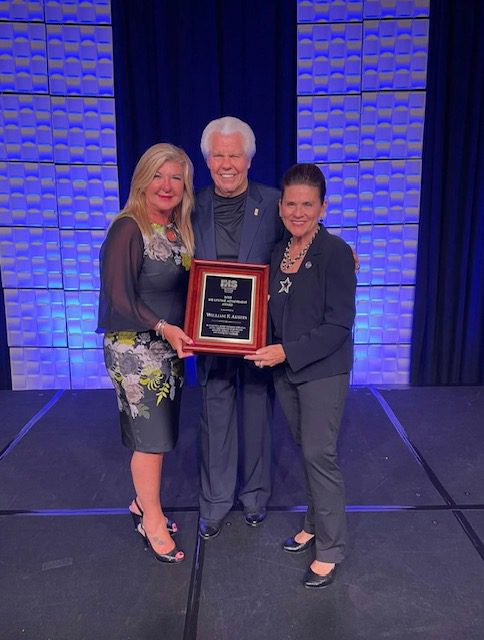 Annette also received an award herself at the event – the 25 Year All-Star Award for her dedication to the hearing profession. Congratulations, Annette, and we have no doubt your passion for helping people hear better will change many more lives in the future.

Do you know somebody that needs to see this? Why not share it?

Through a methodical process of best practices, you’ll be partnering with a respected local team that treats you like people, not patients – it’s advanced hearing healthcare with heart and soul! If you or a loved one is concerned about your hearing and looking for a trusted local group with advanced expertise and a track record of helping thousands of people to achieve the outcomes that you’re looking for, then you’re in the right place. 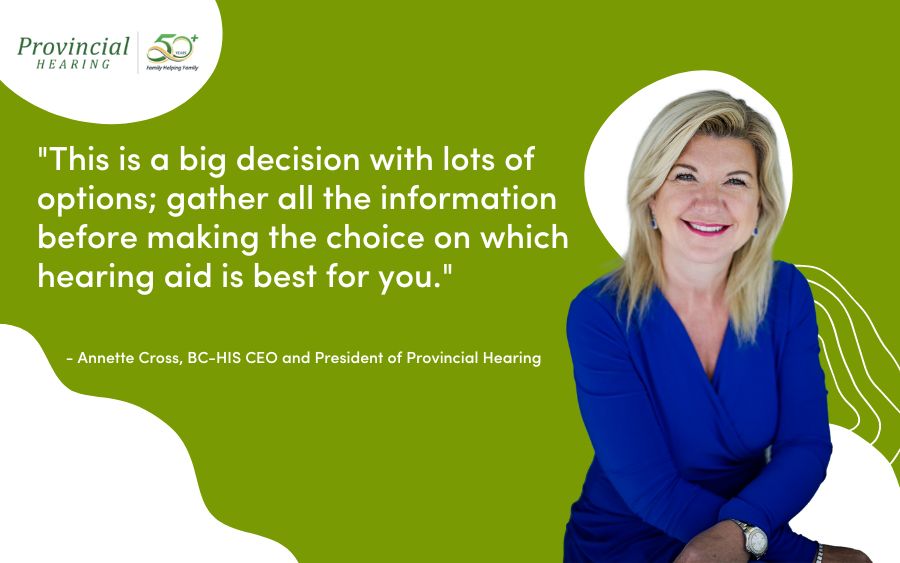 How to Choose the Best Hearing Aid for You 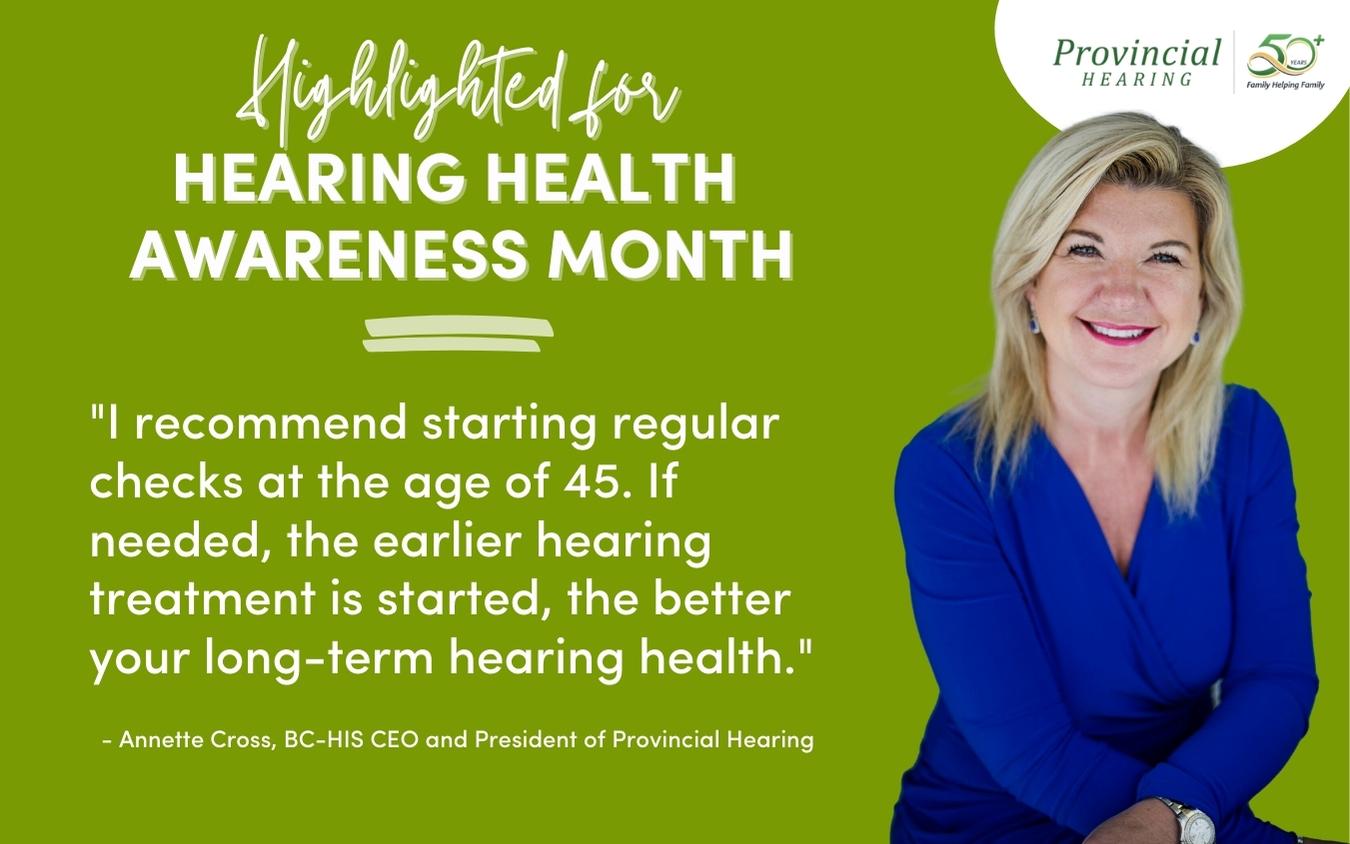 What To Expect At A Hearing Assessment 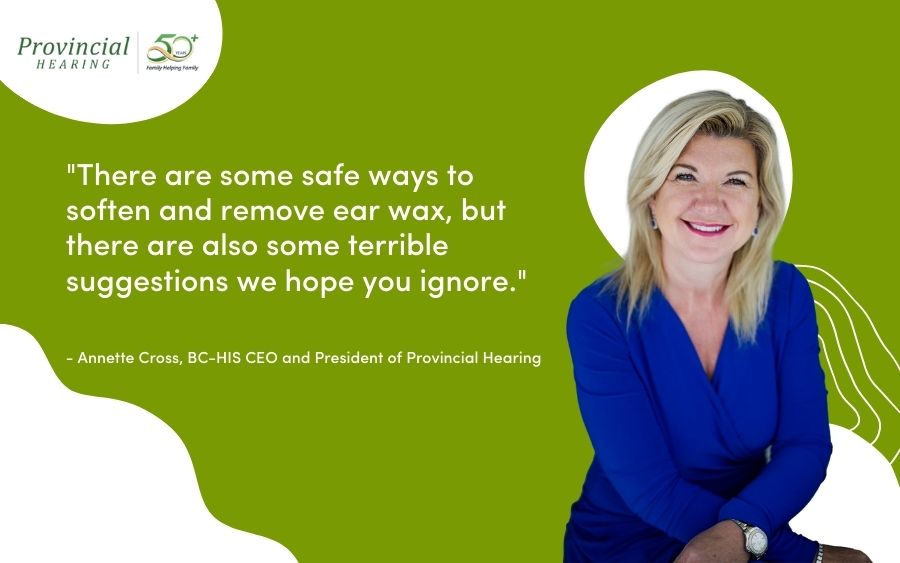 Five Great and Terrible Ways to Unclog Your Blocked Ears